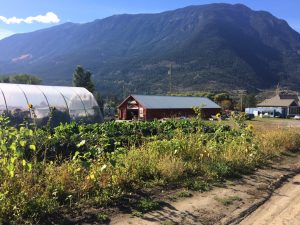 Can you tell us a bit about yourself and your family?
Aggie and Arnold started the orchard in mid seventies.  The first crops were 10 rows of tomatoes, 10 rows of corn, and 4 rows of cucumbers.  As time went on they added melons and squash and peppers.  Now we have hot peppers, cabbage, cauliflower, broccoli kohlrabi and many varieties of herbs.  The market garden started in ’82 and the orchard began to produce and it was strictly Upick.  Bob and Monica took over the farm in the early 2000’s.  Before that in the 90’s many Italian families would come to pick our exceptional tomatoes.  Aggie used to take the scale out to the fields so people could weigh them right there!

Can you tell us a about your farming practices?
Old Airport Gardens is a family run agricultural farm and we don’t spray anything (except organic sprays when absolutely needed). We used to grind up sulphur to combat the wire worms which 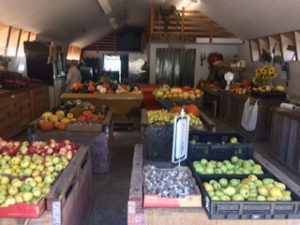 used to attack the potatoes.  When we get horn worms we pick them off whenever we see them (the kids used to get paid 10 cents a worm).  They usually attack the tomatoes at all stages of growth; they hit our eggplant and tomatoes quite badly this year so we always have extra plants in the greenhouse to replace the damaged our dead plants as needed.  We do feed our plants when required.

What do you know about LAFS and why?
We have heard of LAFS through various members in the community and have received lots of information on the organization from Jaquie Rassmussen and Sarah Petznick. I think its a wonderful resource for farmers and ranchers in the Lillooet region as there are many challenges that face the agricultural community including making a living and paying a living wage to labourers.

What all do you grow and where are your products sold?
What we’ve already mentioned…as well as apples, pears, onions, garlic, plums, peaches, apricots, kale, Herbs, corn,hot and bell peppers, summer and winter squash, cucumbers, pickles, melons, cantaloupes 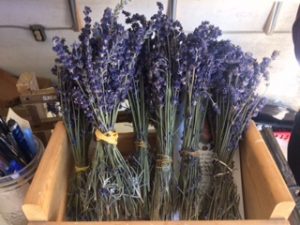 Oh! Lavender!These days we primarily just sell in our fruit stand but also to a few stores in Lillooet as well as up north on the highway at the 108 supermarket. We used to do various farmers markets but due to understaffing we have slowed down but hope to do more in coming years.

What are your plans for the future?
As for the future it is always a plan that is changing with the needs of our community as well as the weather and our staff. We love providing the area with quality food products which provide many health benefits to our customers. We are a must stop for many people who love to can for winter foodstuffs and many 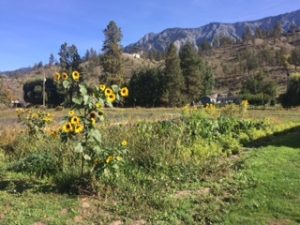 return each year and have become like family to us. This is also the site for the East Lillooet Japanese internment camps during WW2, and we have tours that come each year to commemorate the history here.

All photos taken by Sarah Petznick.